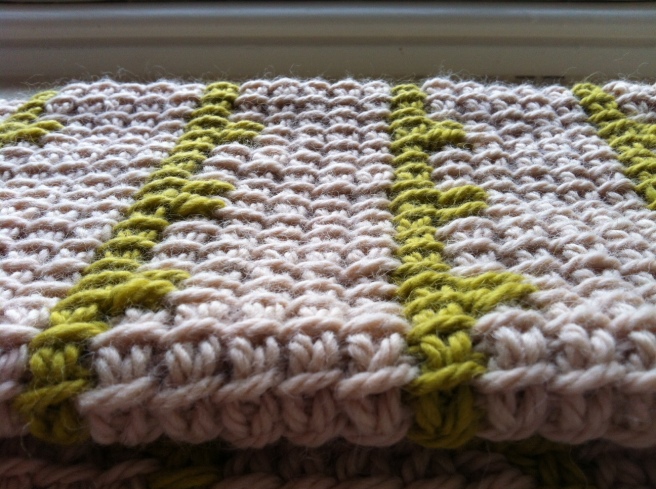 How are you? Thanks for stopping by 🙂 I wanted to write a quick post to share this mad, crazy love I have developed for really chunky and cosy cowls!

My mum came to visit a couple of months ago and of course we went shopping to Primark. Given the difference in temperature between home and here (even in October) she bought this chunky white cowl for a trip up to the Highlands, which I didn’t particularly like at all when she showed it to me. When she was leaving though, she decided she couldn’t take that back home since she would never wear it and left it for me despite my assurance that I had enough scarves and cowls already.

Then one day I wore it out for a cold day shopping in town, and I LOVED IT. So warm, cosy and the fact that is chunky just makes it even better. And then the craze began… I went over to Ginger Twist Studio to see Jess and get some nice chunky yarn to make myself a lovely tunisian crochet chunky cowl.

A week later, I bought some more chunky yarn from Deramores and now I have two finished cowls in a new tunisian pattern and another new design on the way! I know… I get so easily obsessed. It has been the most relaxing thing to crochet on train journeys though… just the perfect project except for the fact that I have to carry one extra bag for my chunky yarn. It is worth it of course 🙂 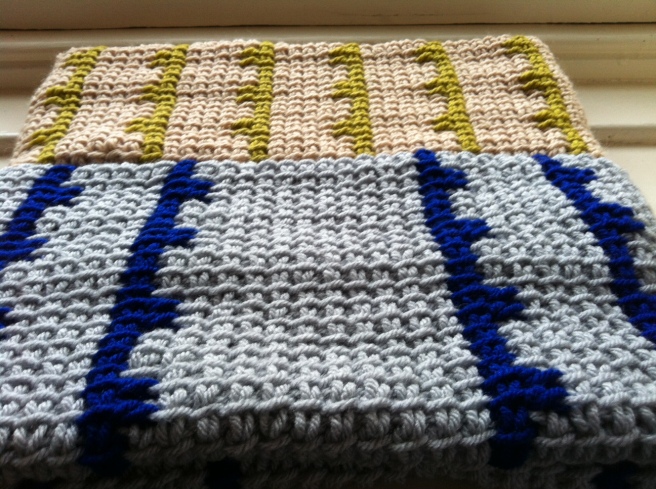 As you can see from the pictures it is the same pattern for both cowls just different sizes depending on the heaviness of the yarn. The cream/green one was done with Woolyknit Lofty Chunky which I got from Ginger Twist, lovely dense and warm yarn. The grey/royal blue one used Stylecraft Life Chunky which is less heavy and a bit fluffier. I used the same amount of yarn in grams for both (approx. 150g) which allowed the grey one to be a bit bigger but since the yarn is not as dense you can mould the cowl around you very nicely. The cream/green one is more stiff but just the perfect size to keep you warm without it being uncomfortable in any way. 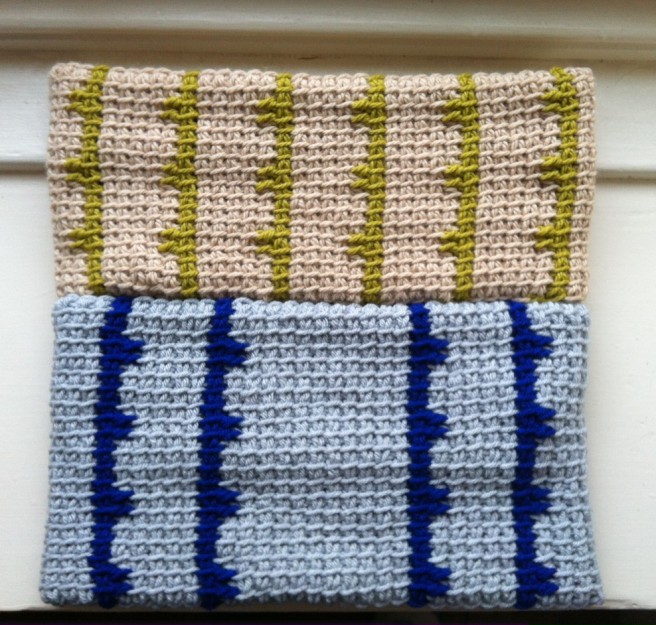 I leave you with the pictures in the meantime but I will post the pattern soon. I am trying to figure out the best way to do it since it does involve changing colours and stitch pattern in tunisian crochet and it can be a bit confusing (it is dead simple once you understand it I swear) so I think I will post how to do this as part of my Tunisian Crochet 101 series and then post the pattern after that with links to the tutorial. 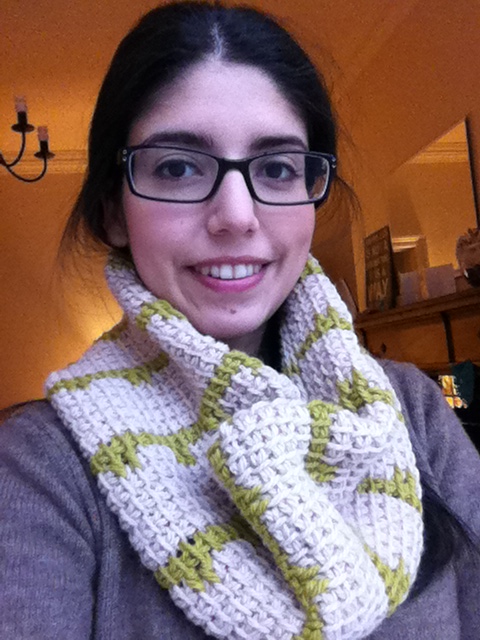 The second chunky cowl pattern is still in progress, will post pictures of the finished product after a few more train rides 🙂 Hopefully I will have satisfied my crazy chunky needs by then!

5 thoughts on “The chunky cowl craze”